BEHIND CLOSED DOORS with NALINI TRANQUIM 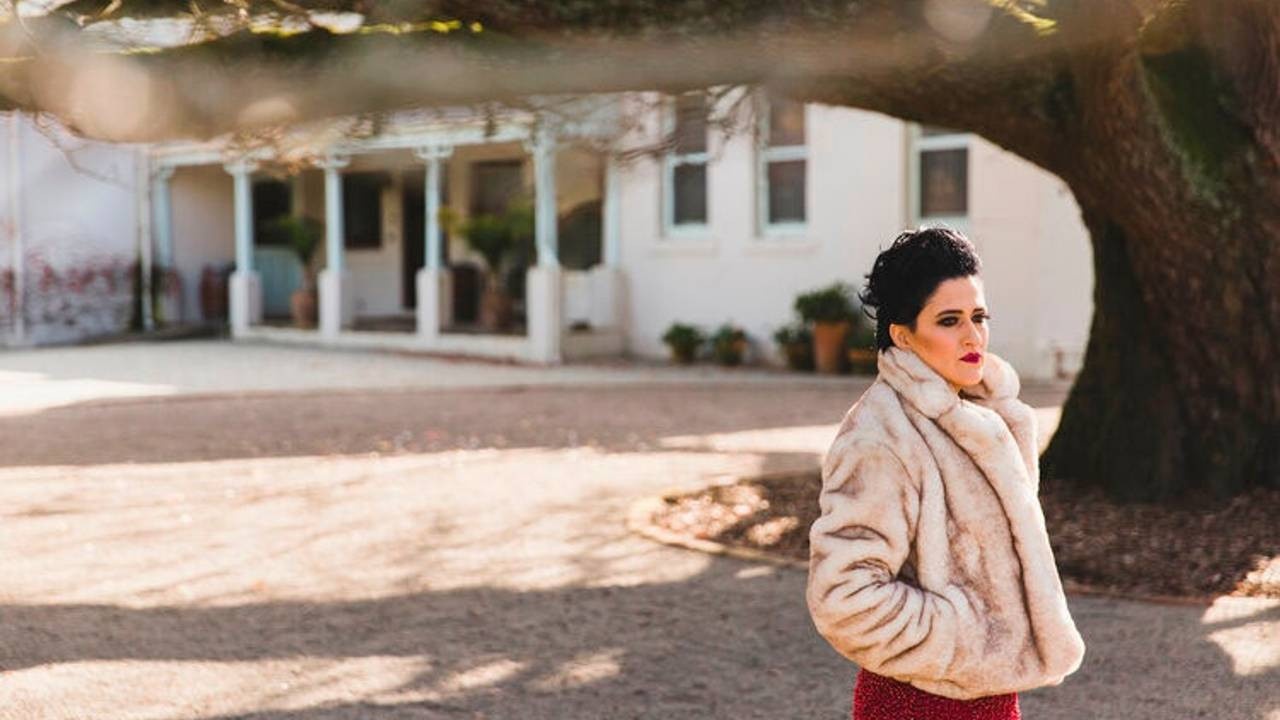 It’s hard to believe that a song could take 15 years to write...

I knew that what started out as, “And I’m falling in love with you”, was going to be a love song that would encapsulate an unending and undeniable kind of love. What I didn’t know was that I would have to go through hell and back to experience this kind of love in such a tangible way, for myself, before being able to write of it.

It was in the aftermath of a very dark season for my family and I, where I found myself battling depression and PTSD, that I finally finished song, ‘Your Love’.

Sandro (my husband) had promised me Venice when we first got married and well, 21 years later, he delivered and it was beyond my wildest dreams.

We had just returned home to Australia from our whirlwind-getaway, had spent the afternoon unpacking and catching up with our two sons before hitting the sack with a severe dose of jet lag. Only to be frightfully awakened to banging on our front door at 3am in the morning.

By the time I made it downstairs, I could hear the murmuring of voices. My husband was standing at the front door with two policemen at his side.

My heart stopped as I felt a rush of blood to my head.

Immediately I found myself backtracking the events of the evening. Did the boys go out after dinner? Where are they now? Why are the police at my front door?

I was completely unprepared for what followed.

The police sternly advised that they had received several reports throughout the night that our youngest son was suicidal, and that they needed to sight him in order to ensure he hadn’t done anything to cause physical harm.

Nervously, we pointed in the direction of his room.

A few moments later, the police came through and told us, “He is okay, but he needs help”.

They said goodbye and promptly left.

We stood there aghast. What does one do with that? There was no going back to bed now. Our eldest had woken by this point, so we called our youngest through, because of course we needed answers.

While the lads headed to the kitchen to put the kettle on for tea, I went up to my room for a moment.

I sunk to the floor and cried. I had no idea what I was doing. I felt totally unequipped to face a suicidal child and I needed help. I called 000 and they kindly put me through to Lifeline. I found myself saying to the gentle grandad-like-voice on the other end of the line,

“My son is suicidal and I don’t know what to do”.

My son’s threats of suicide ran deep. He had been navigating a life threatening diagnosis from the time he was thirteen and in his seventeen years of life, had experienced more trauma than your average seventy year old. (The words of his Paediatrician). His constant in and out of hospitals, the daily and necessary discipline of life-saving medications and the simmering thought that at any moment, the disease could rear its hideous head and potentially take his life, had finally taken its toll.

Truth be told, it had taken its toll long before the police showed up. This was just the final straw.

What unraveled in the days, weeks and months ahead, flung my family and I into the underbelly of a world I never envisioned we would ever encounter.

Our boy had fallen heavily into the drug and gang scene, and was involved with people you just don’t walk away from.

His attempts at suicide were a plea for help.

His behavior had become extremely erratic and there was no telling what he may do from one day to the next. It got to the point where it was no longer safe for him to be living at home.

Day in, day out, my mind was in turmoil. Is he safe, has he taken his meds? What are the effects of mixing meds and synthetic drugs on his health? Then randomly out of no where, my son would rock up looking like death warmed up. He would eat, shower, sleep for a few days and then be gone again.

Whenever the doorbell would ring, the hair on the back of my neck would stand to attention as I envisioned the Police at my front door. What if they’ve found him dead in a ditch. How will we ever survive that?

After months of this grueling cycle, our boy finally came home and admitted that he needed help. We were fortunate enough to get him into rehabilitation at an incredible center in Sydney called 180TC and within a matter of days, we found ourselves dropping him off in the hope that he would be strong enough to conquer his addiction and heal from his trauma.

I remember sitting in the car on our way back to Melbourne feeling a huge sense of relief that finally my son was safe and I could sleep again.

Unfortunately for me, that’s when the wheels fell off.

I found this photograph recently and it gives me the chills, as it is hauntingly reflective of the state I was in, behind my closed doors. 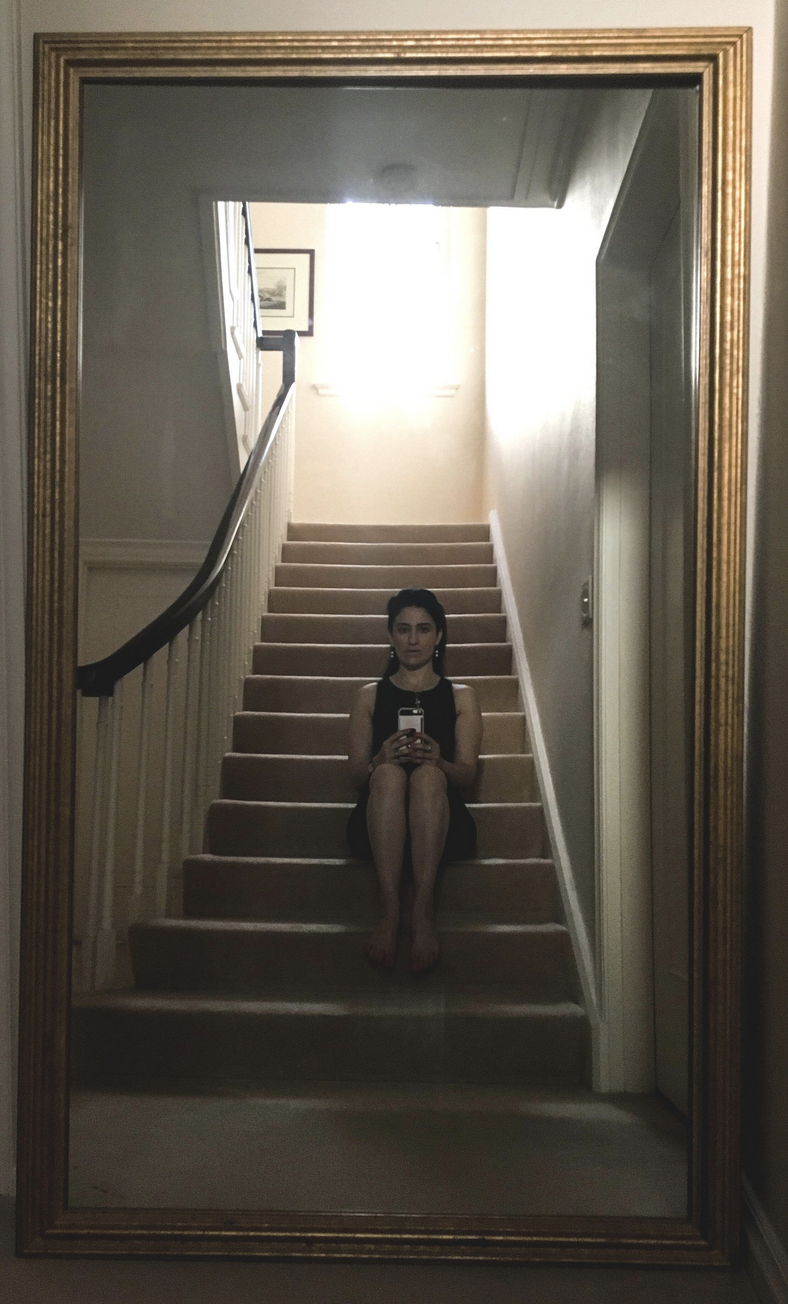 In the days after dropping our son off to rehab, I spiraled into a deep depression and was diagnosed with severe PTSD. My prescription meds helped to calm my nerves. My psychologist described me as being in a ‘continual state of heightened awareness,’ and that it was as if my body had tripped an internal switch. I was faulty. I was broken. I felt as though I would never recover.

I struggled to leave the house, I was plagued by nightmares even during the day, when I was technically awake. I thought I was going mad.

During this time I was in and out of my Doctors and Psychologists offices, then right back home to my four walls and my piano.

Then one day I found myself tinkering on an old tune from 15 years prior, “And I’m falling in love with you”…

The more I sang it throughout the day, the more I could feel strength enveloping me from within. It was as if God Himself was wrapping me up tight in an oversized, cosy blanket and telling me,

“Everything is going to be okay”.

Over a couple of years, I struggled to trust my son and the decisions he was making. Now, I had to trust the God of my son, at a whole different level. Not only for my son’s healing, but for my own.

Then boom. The words came gushing like water bursting through a dam. A love song to my God who had stood with me through my darkest of days. 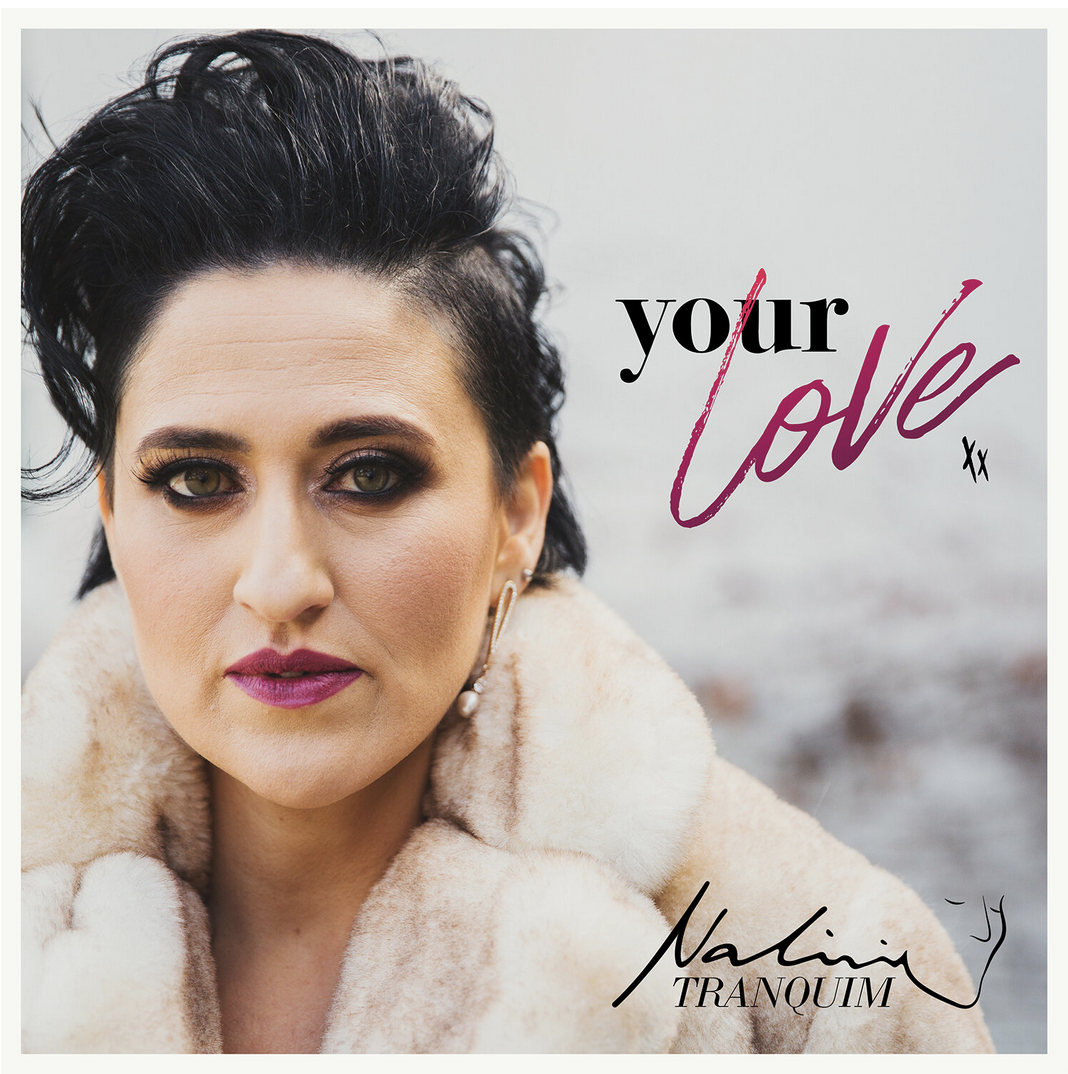 “It doesn’t matter how long I’ve known You.

Your love for me, wild.

It doesn’t matter what all we’ve been through.

Your love for me, untame.

And You heal the crevices within

That are clinging to traumas past.

Your love heals my heart”.

It’s now a few years on. My son is home, and is a completely different man. My whole family is forever changed. There’s no going back to how things were. We’ve all grown in ways that we never thought possible and somehow, we’ve healed from trauma we never thought we would ever be rid of.

I can tell you now, if it wasn’t for the belief that God held us in the palm of His hands throughout this whole ordeal, I don’t think we would have made it through.

There are some struggles that we as humans simply cannot face alone. I honestly believe that’s why we live in a day where so many end up taking their own lives. The weight and pressure of things faced can be too much for one to bear.

You may be reading this right now, and you’re literally at quitting stage. Maybe you're done. You’ve had enough of trying to endure and you have reached the end of your rope. Well I want to speak into your heart for a moment.

I too had reached the end, and that’s why I found myself battling with anxiety, depression and PTSD. I felt as though I couldn’t go on and had lost all hope of what tomorrow may bring.

But it was only as I awakened to the fact that I cannot control everything but I can control how I choose to face the uncontrollable, that I started to feel the weight of it all, begin to lift.

I chose to believe that God would carry us through no matter what. That choice alone eased the pressure somehow. It didn’t take the struggle away, it didn’t nullify the pain and anguish we were all experiencing, but it did ease the strain. It took the pressure off me to fix what I knew I couldn’t fix. It gave me breath. Finally after months on end, I could see the sun beginning to peer through the clouds.

Darling friend, I don’t know what you’ve had to endure. But I do know this: If I can push through and come out the other side, maybe smelling of fire but not burnt, then so can you.

I would love for you to listen to this song. And as you do, my prayer for you is that the words will wash over you like a summers rain. That it will speak straight into the crevices of your heart, that may still be clinging to traumas past. May it bring comfort and hope, and may you wake to the realization that you do not walk your journey alone.❤️

You are well able to dust off the dirt and keep on going. 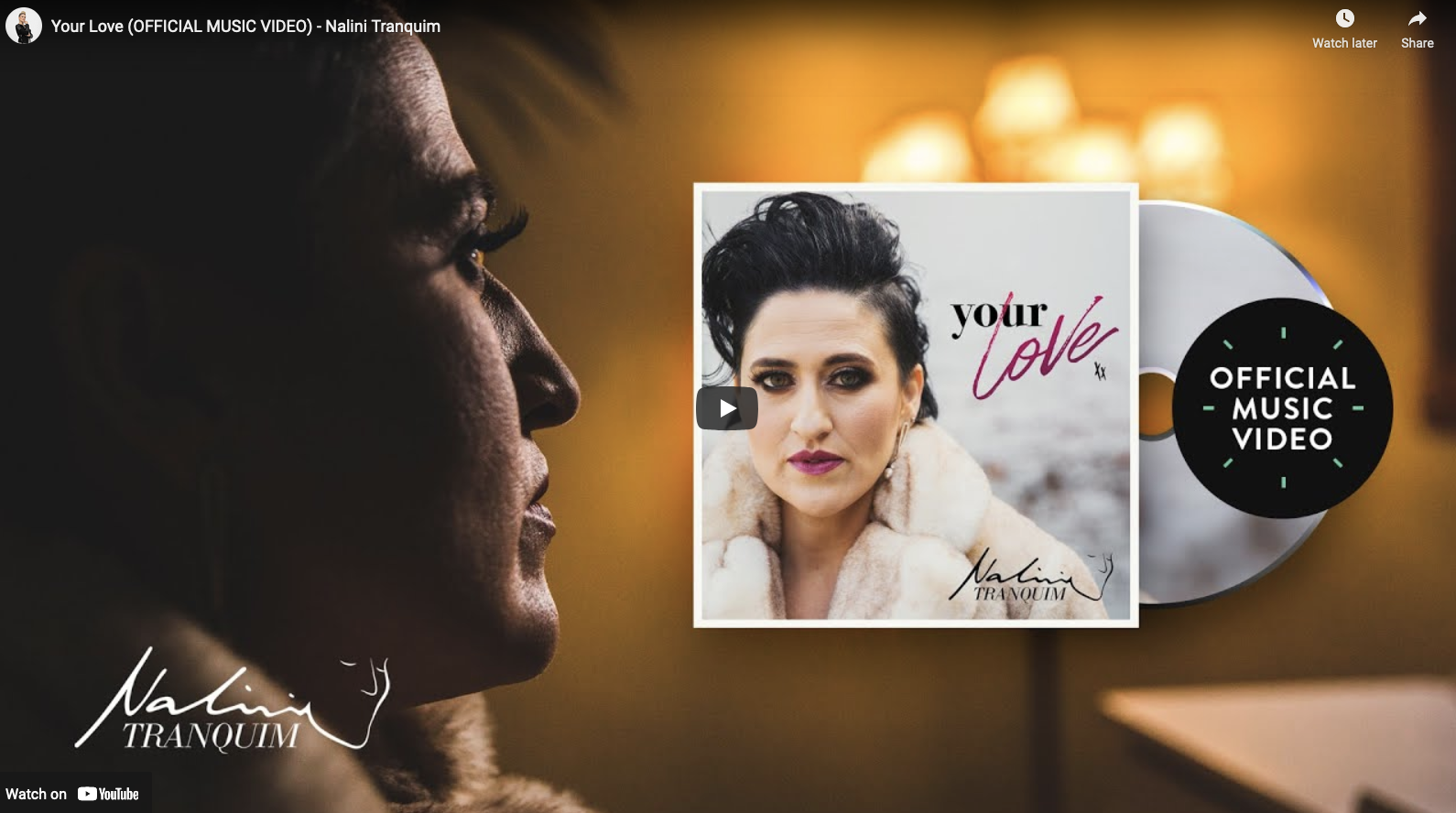 What I experienced in all of this, was a slow stripping away of my identity.

I can see that now.

All the trauma, heartache and pain left me questioning who I was. I had completely lost sight of my purpose, my why and literally wanted to curl up and die.

Over time, I began to realize that if I remain in a state of lost identity, I will never fulfill what I was put on this earth to do. How can I impact another if I don’t know who I am?

I then began this journey of pulling myself out of the pit, to a place where I could believe in myself again so that I can come alongside others who are navigating their own trauma, heartache and pain. I now find myself cheering for people as they too pull themselves out of their own pit and into purpose.

As a result, I am so thrilled to share with you a Program that I have developed called

It is literally life-transforming and it will walk you through the process of pulling yourself out of the pit so that you can live your life of purpose. 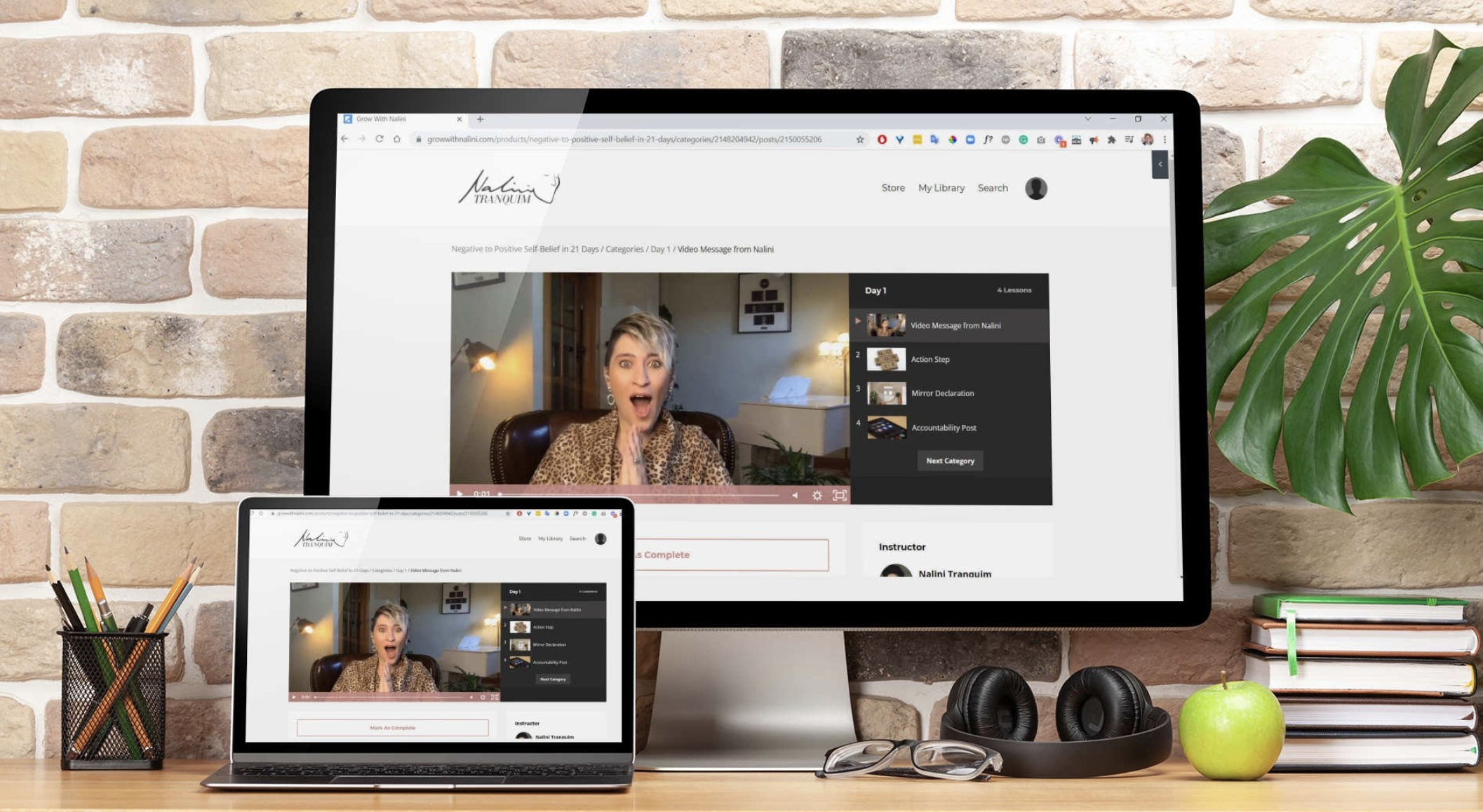 Be a part of Nalini’s VIP Mailing List for exclusive goodies, news updates and personal words of encouragement to spur you on in your journey.

Don't worry, your information will not be shared.

I hate SPAM. I will never sell your information, for any reason.

Words and musings from 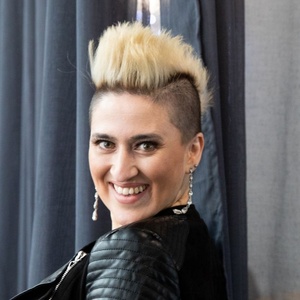 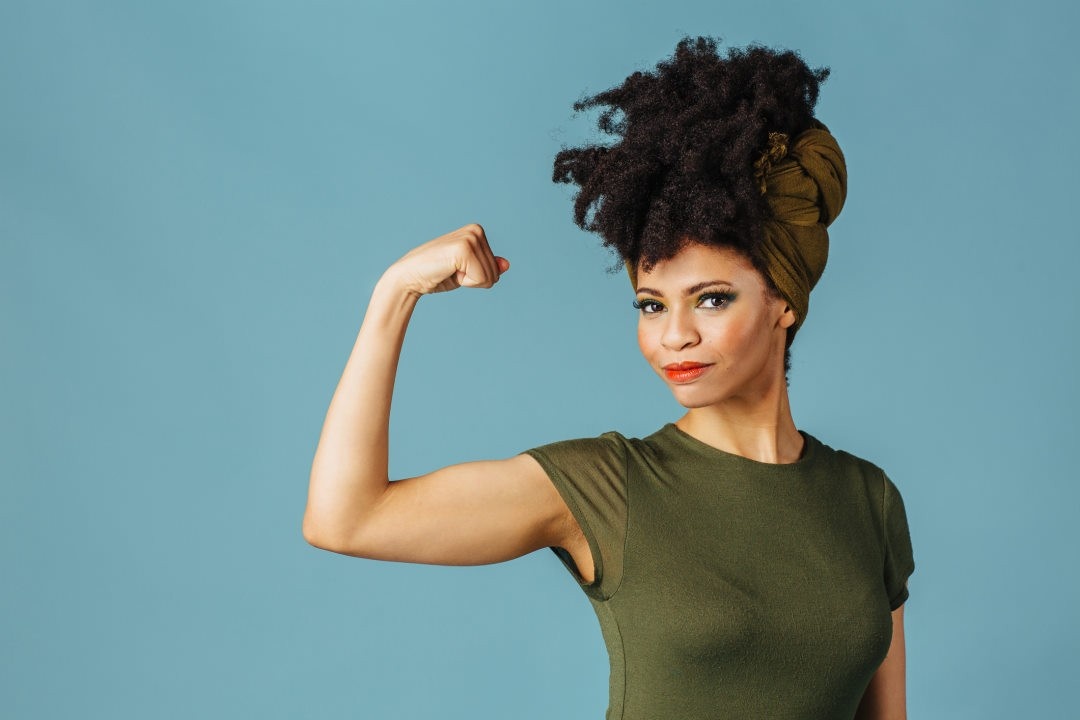 Be a part of Nalini’s VIP Mailing List for exclusive goodies, news updates and personal words of encouragement to spur you on in your journey.
Join my mailing list to receive free weekly tips and insights!